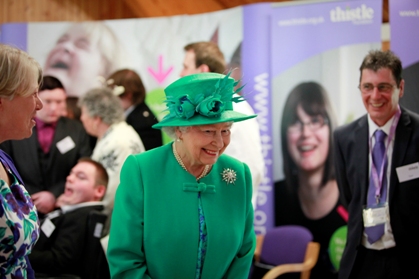 The Royal Family are present throughout the history of Thistle. Early correspondence is filled with telegrams from the palace wishing Francis Tudsbery, Thistle's founder, good wishes. In 2013, during Thistle's 70th anniversary celebrations, The Queen visited Thistle and spoke about the issues that affect veterans.