What strange times to live and work through. To mess around with Dickens, ‘It was the worst of times, it was the best of times’. The pandemic has caused such devastation to individuals and families lives, our health and social care systems and our way of life and economy – yet it has also unleashed enormous reservoirs of kindness, self-sacrifice, courage and creativity. These contradictions have shaped my personal and organisational experience of this crisis in my work at Thistle Foundation in Edinburgh. My experience at times has vacillated between conflicting feelings of deep empathy and profound anger; moments of powerlessness and despair contrasting with moments of great hope and inspiration. I suspect many others have experienced similar patterns of emotions, albeit perhaps at different times and to varying degrees.

My personal reactions have time and again brought to mind Elisabeth Kubler-Ross’s Grief Transition cycle. In what Sam Smith (C-Change CEO) described in her blog as the first overwhelming ‘wave’ of the Covid crisis I believe we were all, to varying degrees, in a state of shock, often followed by a sense of disorientation which expressed itself in denial and disbelief. To be sure some of that grief and loss has been all too literal - a number of colleagues have lost loved ones. However, our experience can only be a pale reflection of the devastation and loss suffered in the nursing home sector and elsewhere. We have been fortunate, in that the personalised design of our Supported Living services has made it easier for us to shield the people we support and colleagues from the worst ravages of the pandemic which, as an aside, might give society pause for thought when this is all over about the way we design support for our older friends and relatives. There have been other types of loss though, such as contact with friends and family, anticipated holidays and special events, work as we know it and so on. Our sense of connectedness and community has been profoundly affected.

Speaking personally I have lost an important aspect of my work identity; the person who pops round first thing and says ‘Good morning’ to everyone; our Big Plan work with families was interrupted just before the last session; my first ever trip to the Inclusion Institute in Toronto cancelled; my visit to my American grandchildren was indefinitely postponed; I have had no cricket or football for the first time ever. I don’t mean to equate any of these with the losses of life people have suffered but they have been losses nonetheless and have affected me emotionally. 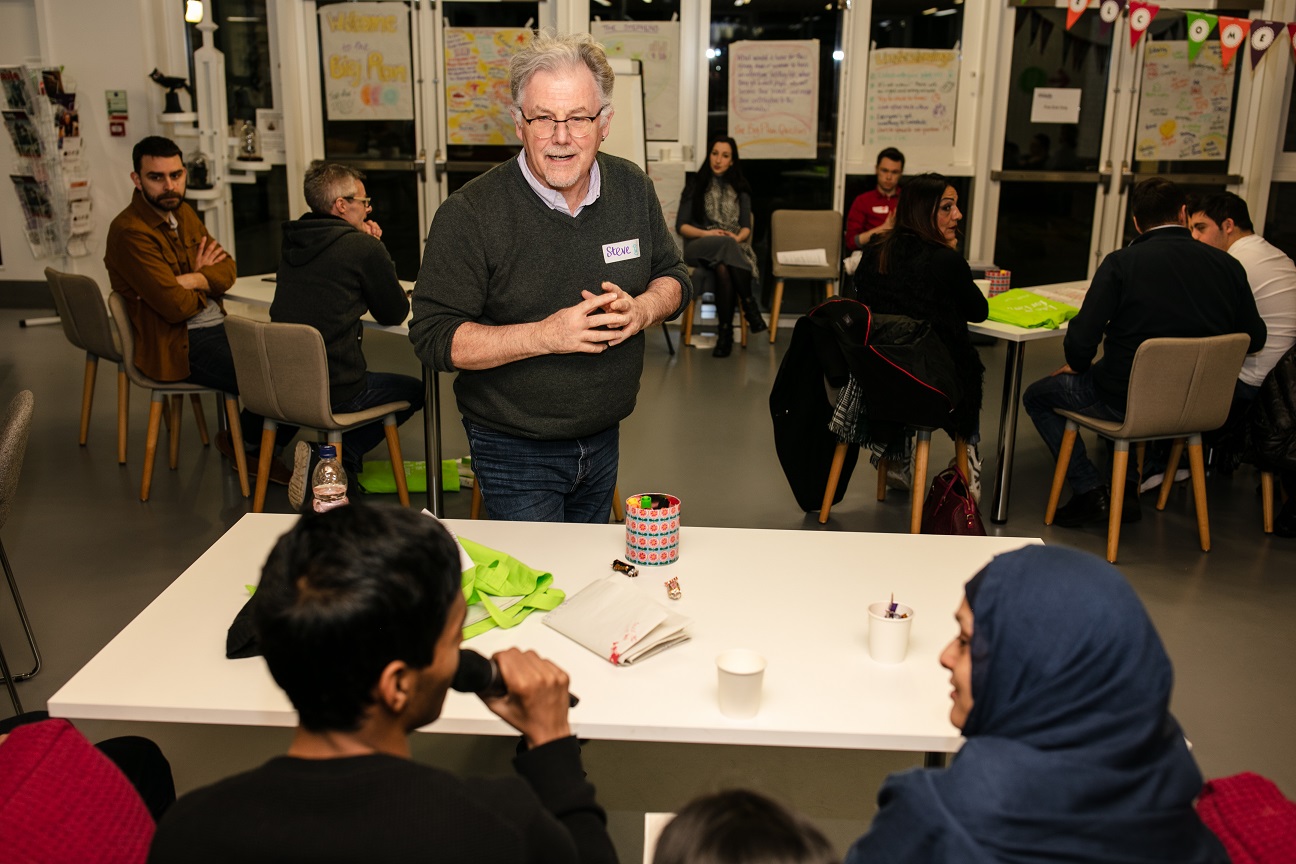 In those first few weeks it felt as though we were almost in ‘fight or flight’ mode as we reeled under the shock of lockdown and people going off work sick because someone in the household was unwell. We struggled through the first few weeks of daily contingency meetings, emergency recruitment and induction, grappled with the technicalities of Teams and Zoom and generally worked our socks off. Colleagues from our Health and Wellbeing Teams stepped into plug holes in rotas for our Supported Living service, individual support staff stayed for days supporting individuals, community members volunteered to help colleagues avoid public transport or help with shopping and other practicalities. It was manic and different – which is why I liked Sam’s wave analogy so much.

However, I remember the day when our leadership team (or most of us and certainly me) hit the bottom of the curve. A meeting where all the manic energy of the preceding three or four weeks seemed to drain from us - almost visibly - as the reality of the longevity of the crisis and the major, almost existential threat to our funding became obvious. We were really flat and down. We acknowledged and were honest about the situation, which didn’t make us feel a whole lot better but at least we knew we were at the bottom together.

I remember vividly the following morning getting a very excited email from a colleague who had been a part of that meeting who had already clearly begun their process of wondering how things might get better in what was being increasingly referred to as the ‘new normal’. They came up with a list of brilliant here and now things they could think of that we could do. Their enthusiasm jumped out of the email. I am a wee bit embarrassed to say that I remember how cross and grumpy I felt about it. I respected my colleague’s heart, creativity and intention but I wasn’t ready for it – I was still fed up and their great ideas didn’t make me feel better.

I needed to remember this feeling when a few weeks later I began to come up with some ideas of my own and began to emerge out of the bottom of the Transition curve and imagine a new version of my work and purpose.