Today, First Minister Nicola Sturgeon opened our new Centre of Wellbeing , positioned in the heart of the original Thistle Estate. Members from our community were there to greet her, including the people we support, staff and major funders and donors that have helped us to build this fantastic new resource.

We took the First Minister on a tour of the space, starting in the Gym where she met Lorraine Hill - who had attended the same school as Nicola. 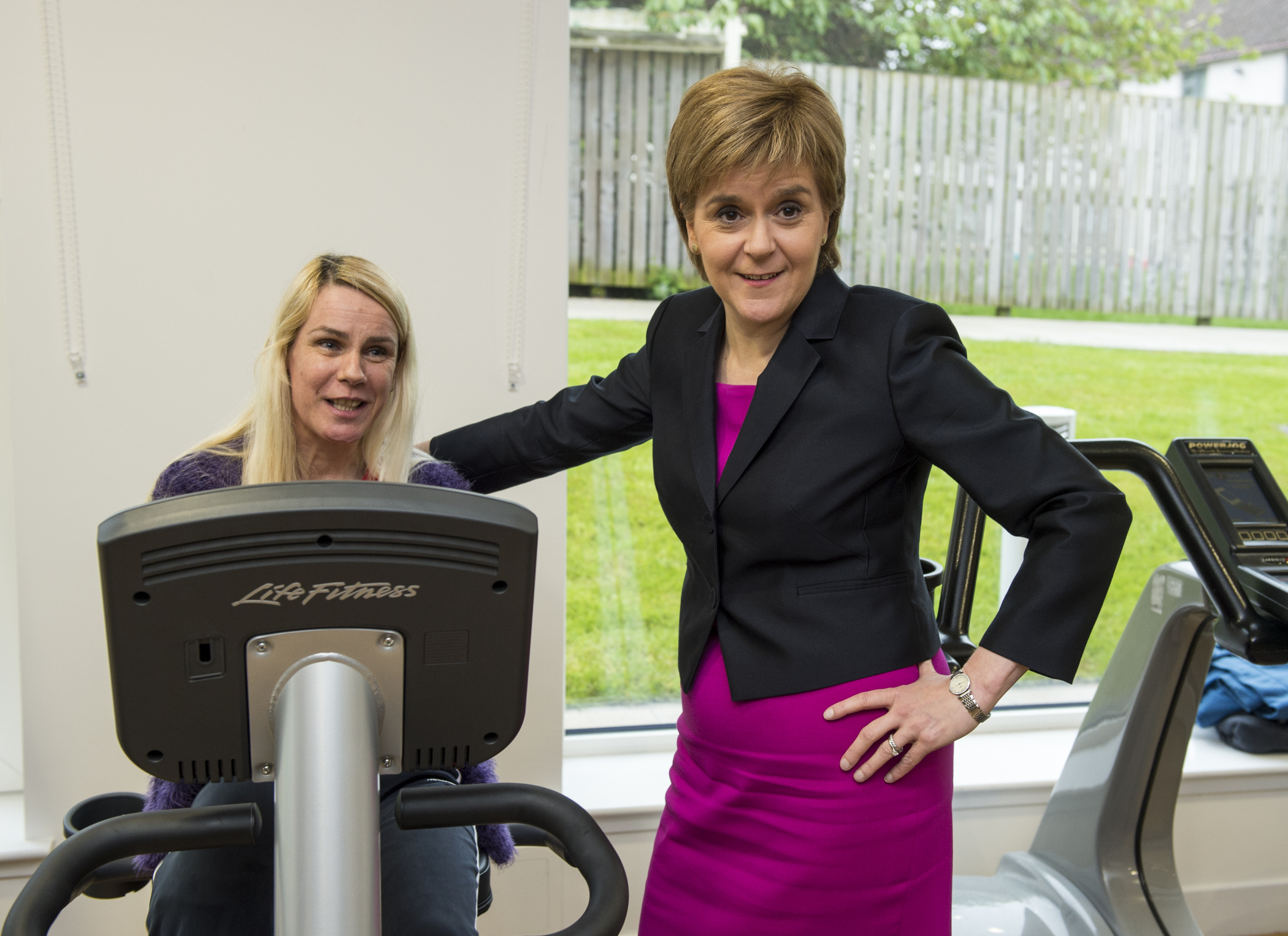 She then met some of the young people supported by our InterAct project - Rameez gave a wonderful speech, introducing the project, followed by Ross who asked the First Minister who her favourite Dr Who is. We can report that the chosen actor was David Tennant, a position that Ross 'respected' though didn't quite agree with. 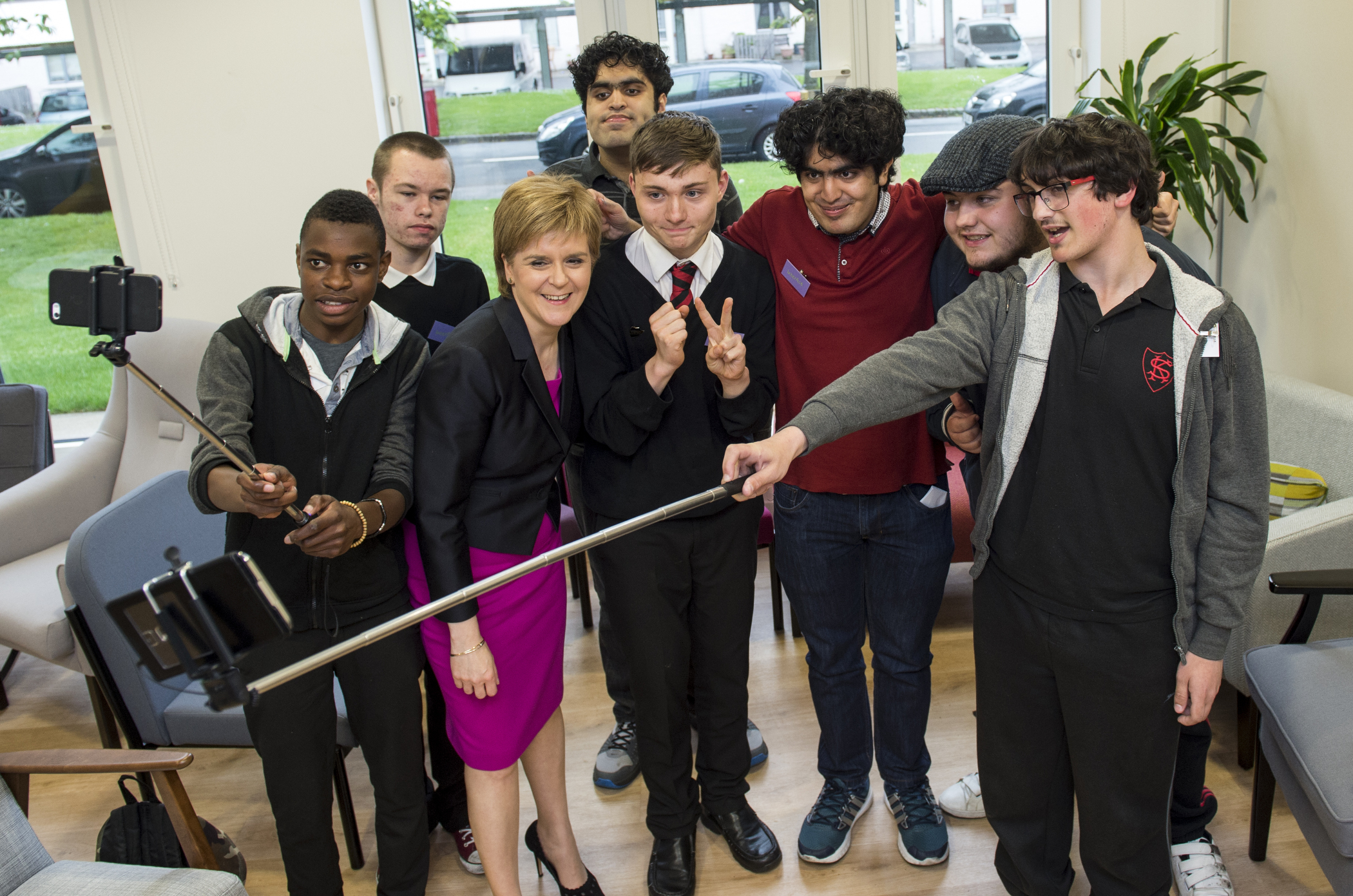 Next stop in the tour was a Tai Chi class, led by our brilliant volunteer Margaret, who managed to convince the First Minister to take off her heels and try this ancient form of meditation out. 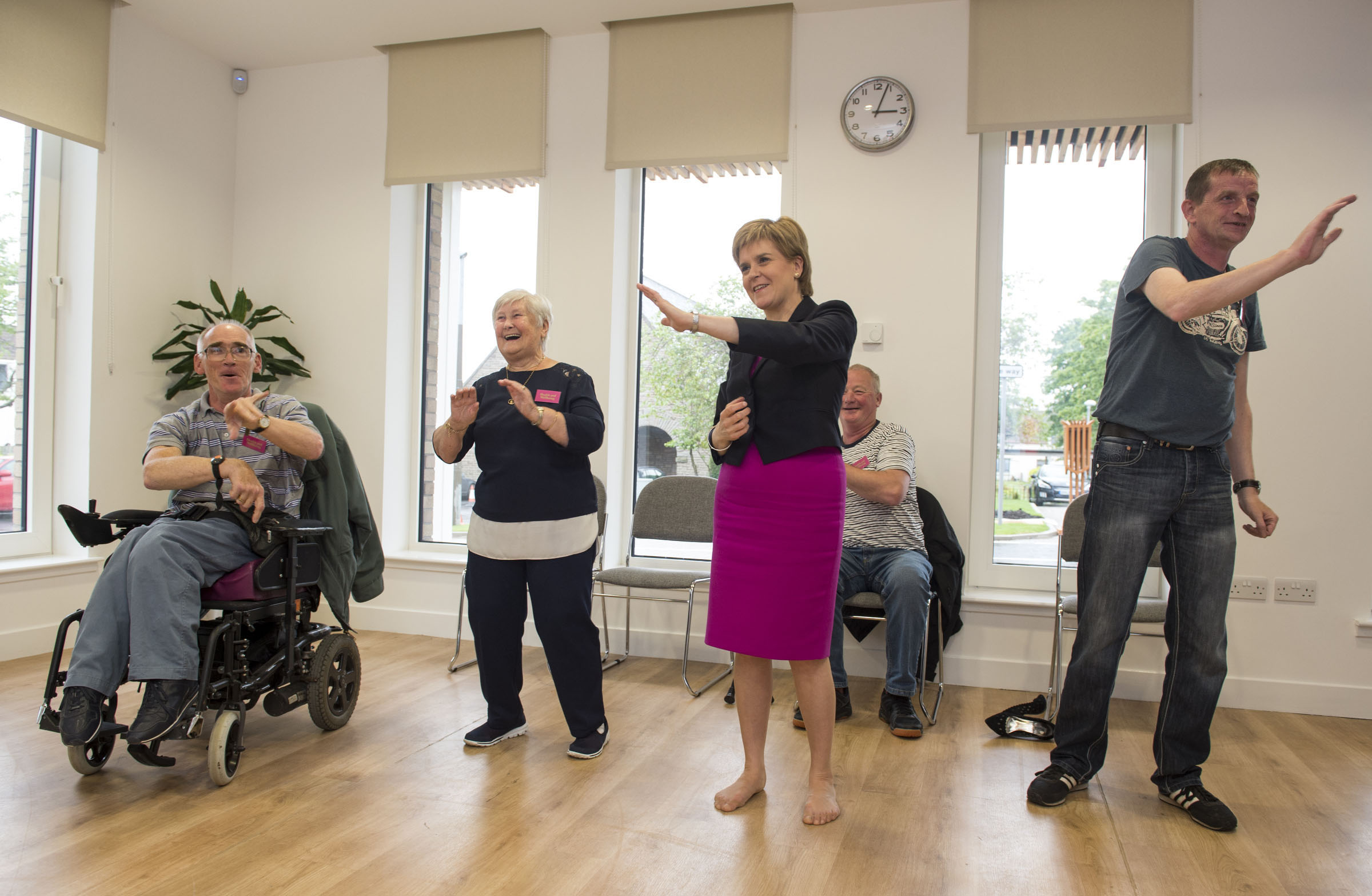 Before leaving the First Minister gave a powerful speech about the importance of our work and how our new Centre of Wellbeing will impact on our community. 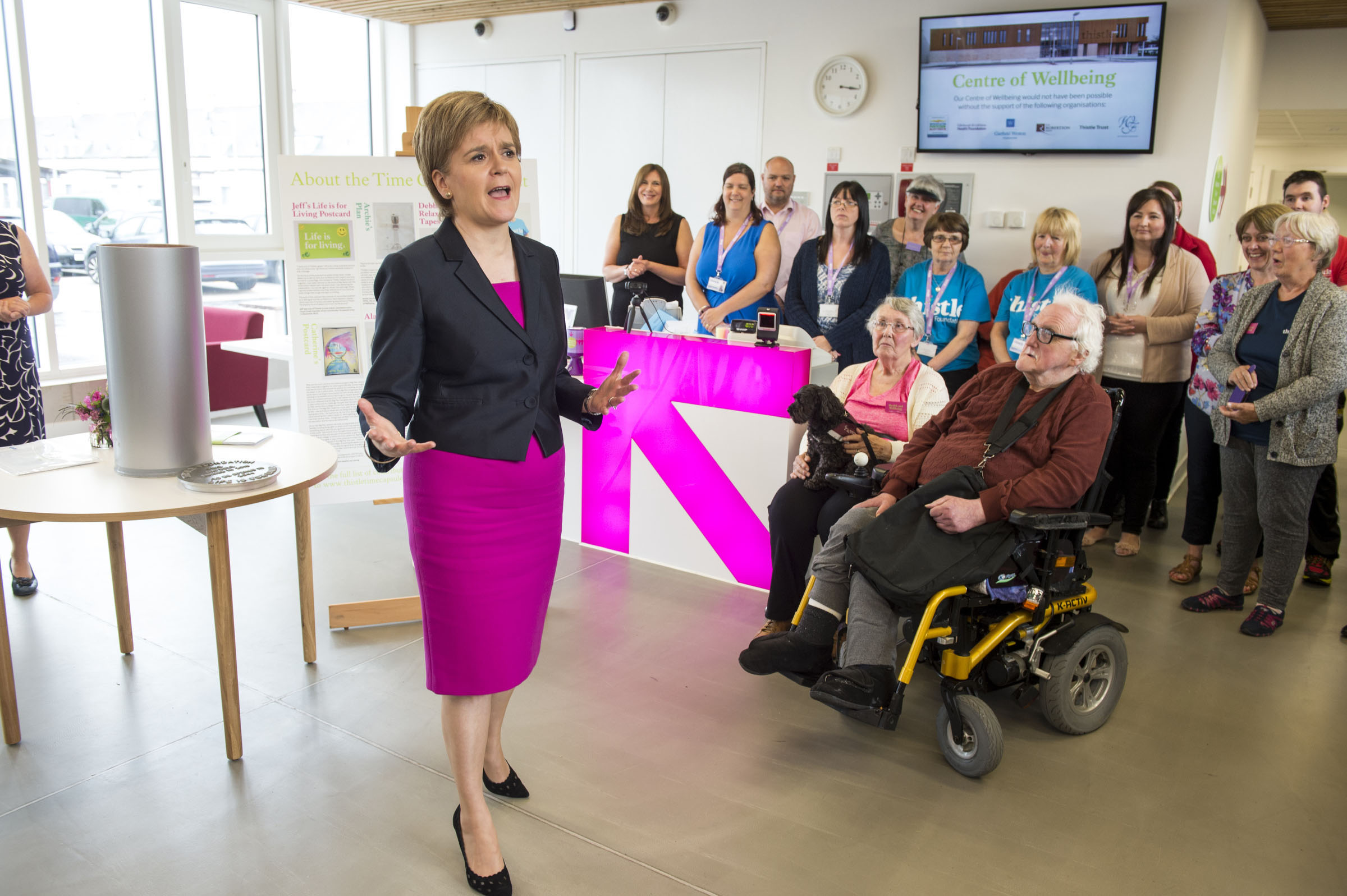 She then buried our Time Capsule, which is filled with symbolic items donated by members of our community. 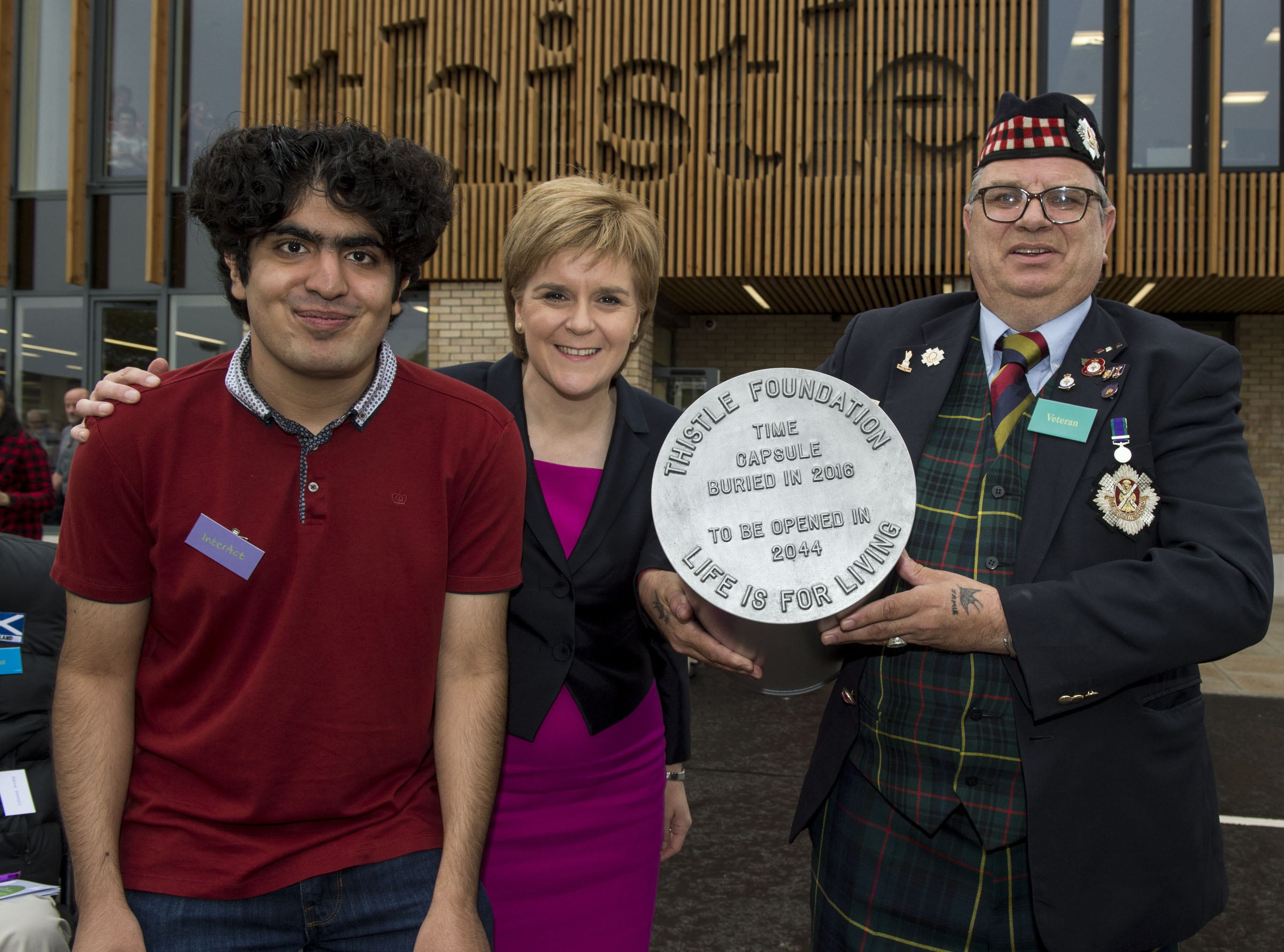 The Time Capsule will be dug up on the 100th year anniversary in 2044 - but if you can't wait until then, you can take a peak at some of the contributions here.