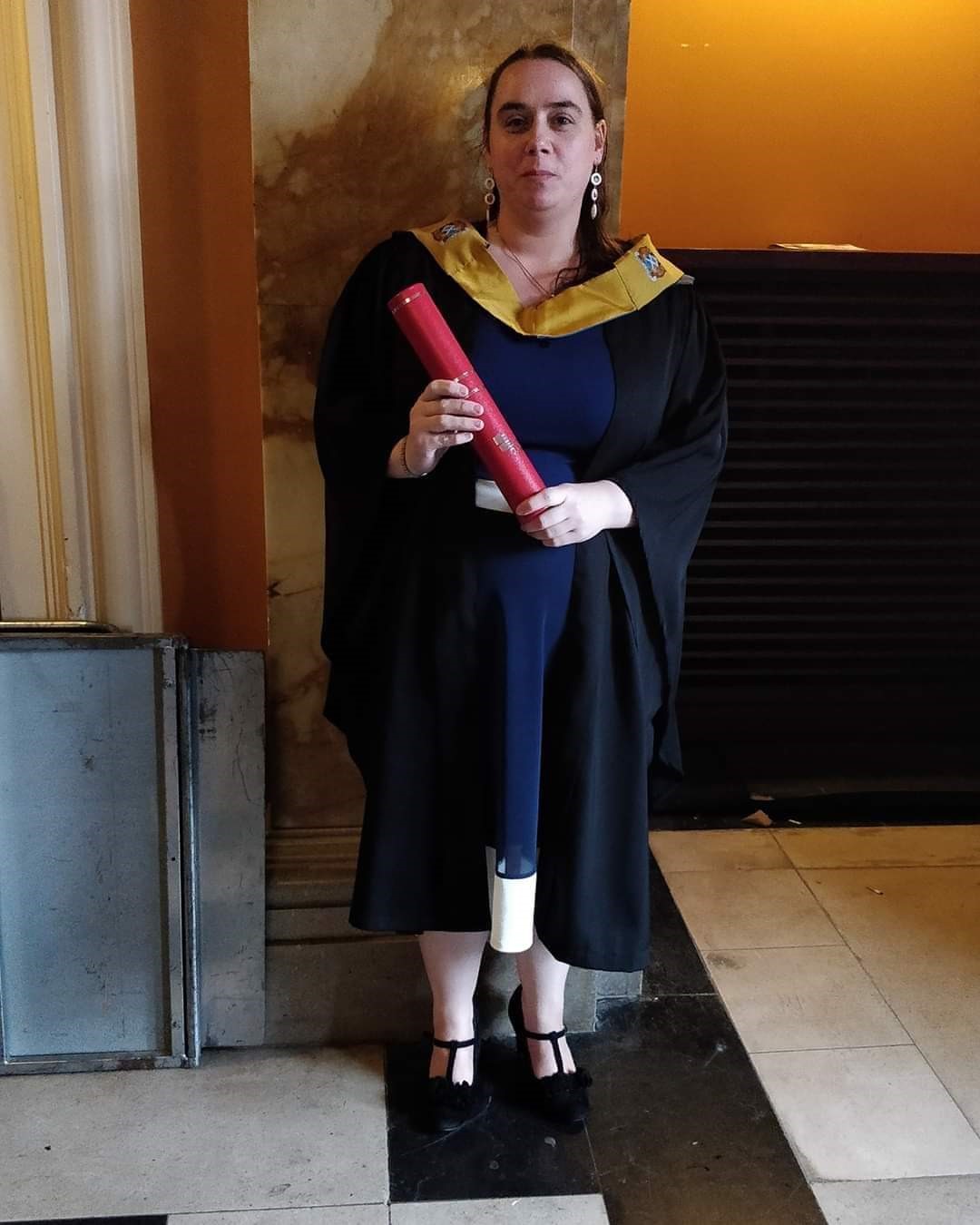 For years, anxiety had been ruling Jackie’s life. She would often be too scared to leave the house, even to just go down the road to the shop. Having left an abusive relationship, she lived in fear of running into her ex-husband, so eventually moved away for a fresh start. After being made redundant, she started a cooking course at college which gave her a focus and purpose. She started rebuilding her relationship with her mum, who was looking after her kids, meaning she started to see more of them. Things were looking up.

But the anxiety never fully went away and eventually crept back in, leaving Jackie too scared to leave the house for anything other than going to college or visiting her kids and her mum. She started attending a psychology group to try and get help, but through that she discovered triggers that she didn’t realise she had, which took a greater toll on her mental health.

That’s when she was referred to Thistle by a mental health nurse and put in touch with Claire, a Health and Wellbeing Practitioner. “The first time I spoke to Claire I was scared – I don’t always do well with meeting people in person and I wasn’t sure what to expect,” says Jackie. “I was really anxious, but after the first five or ten minutes I felt much better.”

Working with her practitioner, Jackie started to explore ways of managing her anxiety and found methods she could put in place to help face her fears around leaving the house. “I focus on why I’m going out, what the purpose is, and I try to keep myself distracted. If I listen to music when I go out, I find that makes things a bit easier.”

At Thistle, Jackie also found reassurance about what she’d experienced in her past. “Thistle helped me manage that and reassure me that it wasn’t my fault, while also giving me hope. It was phenomenal to get that help and support.”

Before lockdown, Jackie had been coming regularly to Thistle to meet with her practitioner and was also attending the art group and coffee catch ups run by Connecting Craigmillar. Coming to Thistle had primarily been a way to get support with her mental health, but she was also meeting new people in a place where she didn’t know many, and they were another source of support for her. So it was particularly difficult when the lockdown restrictions came into place and she could no longer come to the Centre.

“I really struggled,” Jackie says. “I had a breakdown in April – it was the longest period of time I hadn’t seen my kids, and I was stuck in the house, not going to college or work or anywhere, and it became too much. I had beautiful long hair halfway down my back and I took a razor to it. I emailed Claire to show her because I couldn’t believe what I’d done. I cried for hours after I did it. I was a mess. Claire was able to speak to me about it and give me the support I needed and reassure me that it was going to be alright.”

“Claire’s support has been life-changing. We talk about how I want to manage my anxiety and then we see how I get on, and then make a plan for the next couple of weeks. Having that structure has been incredibly helpful, especially during all the restrictions. Life is a lot easier now because I’m not as scared as I used to be. If I hadn’t come to Thistle, I’d still be scared to go out. I’d still be fighting with my partner about him trying to encourage me to leave the house, about trying to get to college, and I wouldn’t be able to see the kids as much as I do."

Jackie stuck with her college course and qualified as a pastry chef, and is now looking to open her own business.

“I feel really optimistic. Thanks to the support I got at Thistle, I’m able to look more towards my future, to look at starting my business and spending more time with my kids and my new granddaughter, which has made me feel so much better. I’m also doing my driving test soon, something I wouldn’t have been able to do without the support that Thistle have given me. I’m even able to think about planning my wedding, something I couldn’t even think about before because I was such a wreck. I knew what I wanted, but I was just too scared to get there.” 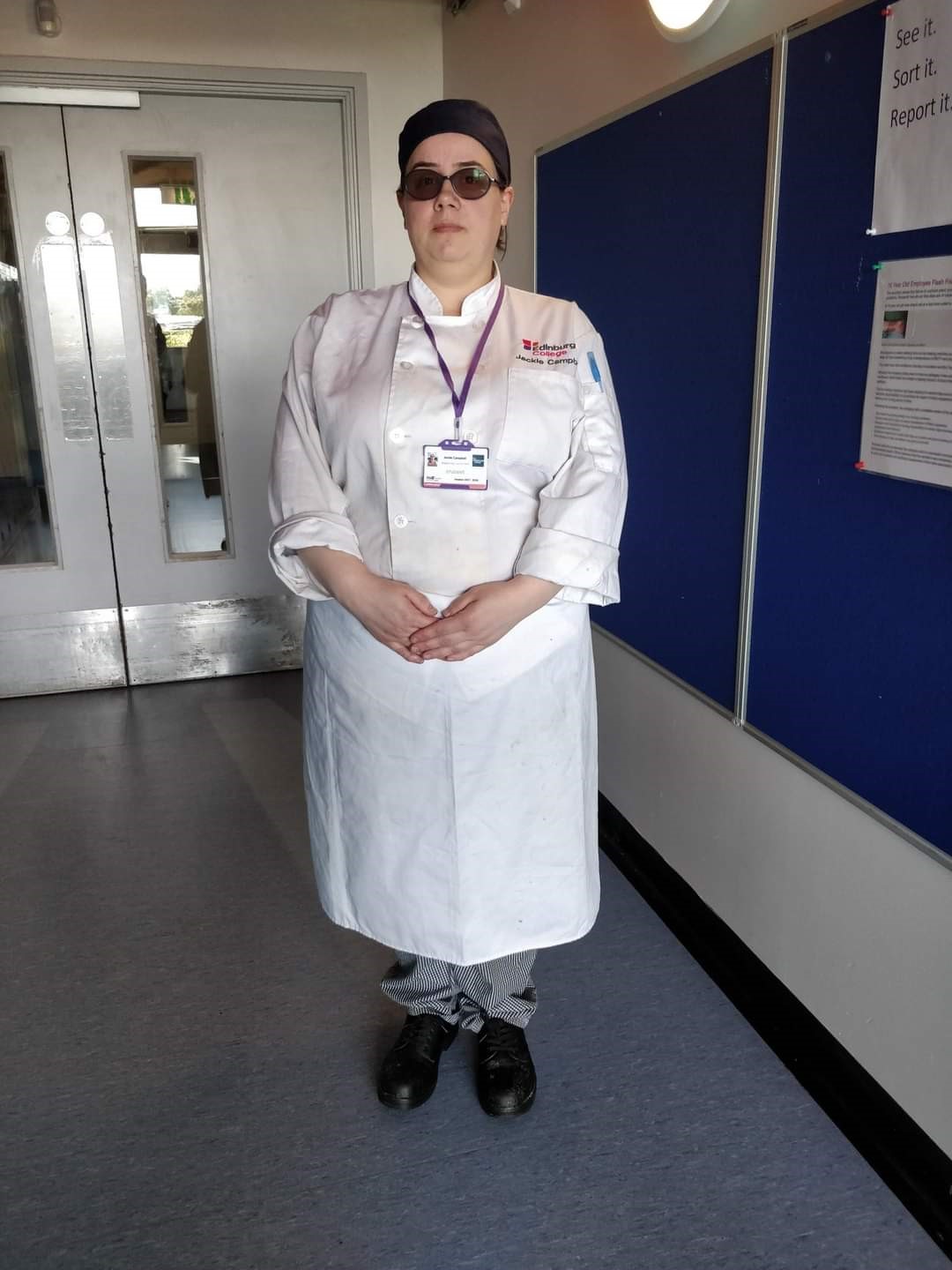 “I still struggle with my mental health, but I’m in a much better place to manage the anxiety now. I’ve realised that I don’t need to be as scared as I have been. I’d reassure anyone thinking of coming to Thistle that even if they’re feeling anxious and scared, even if it might be hard, they’re doing the right thing and they’ll definitely benefit from the help and support that Thistle offer. Thistle have given me the tools to help myself and I want to be able to help other people. The work Thistle does is just amazing.”