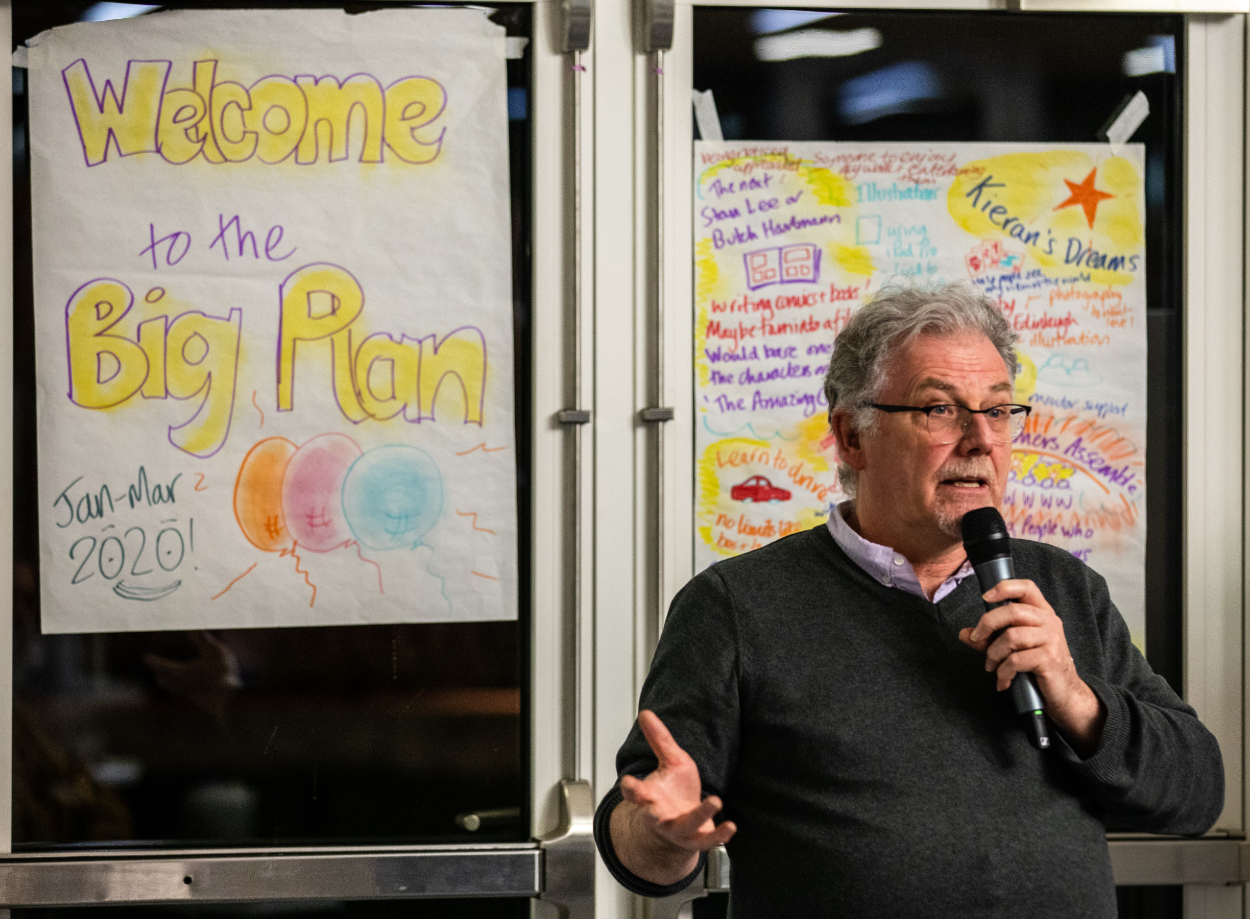 A bit of a tradition has grown up with the Big Plan. It involves inviting everyone to bring a gift along to the last session to share with other participants. We always stress that it is not about spending money - but can be anything at all which says something about the person or their participation in the Big Plan. I love this tradition and almost never fail to be amazed and moved by what people offer to us and each other.

We have had cakes baked, pictures painted, rhymes written and photos flashed. One young man in the east end of Glasgow brought in all his old PC games and gave one to every other Big Planner. Another in Paisley bought a lottery ticket for everyone and his Mum handed them out with a personal message written on the envelope. In Edinburgh, one young woman had forgot to bring a gift - but quickly improvised on the night singing the Atomic Kitten song “You can make me whole again” along with two of her team mates. Another man in Glasgow gave everyone a CD recording of his studio performances of several songs. When we met some people in Hawick one of the men performed a bhodran solo beautifully. I am sure you get the picture...

We had a particularly wonderful winter’s evening in Musselburgh recently. The eight young people had just come up with an impressive array of first steps for their own plans and we came to the part of the evening when gifts were to be exchanged. Well to be strictly accurate some of the exchange had already begun. Joanne C’s family had bought a lovely cake from the Sicilian Baker in town which had been scoffed before the session got started. In fact if truth be told it had caused us to start late so intent were some on their creamy titbit! Craig and his family had also brought a fabulous (and huge) cake decorated with white icing and a beautiful multi-coloured rainbow and the words “The Big Plan”. This formed the basis of the half-time refreshments! Anyway, suffice to say folk were not hungry by the time we came to the end of the evening.

Firstly, Joanne D’s friend Jodilee read out a lovely poem about friends. Then Annie went around the group giving out Chupa-Chup lollipops (she had also brought a lovely photo frame). Jamie had brought the lyrics to a song “I hope you dance” which was rolled up into a scroll and wrapped with a lovely ribbon for everyone. Robyn had brought a long a cheesecake recipe to share and both Joanne C and Annie shared photos with everyone. Then Fraser announced he had some magic tricks and proceeded to perform them for us with the able support of his lively assistant (wee sister) Hazel! Finally, Simon took to what had become the improvised stage at the front of the room and did some impersonations – the sill Meerkat insurance advert (“Simples!”), a little Gok Wan (“All you need is confidence”) and for his finale he performed as a Bermalob...The Bermalobs are an fictional people who Simon has imagined as protagonists for his favourite Dr Who to tackle. The voice he had developed was astonishing – quite extra-terrestrial and very strange but quite brilliant!

The young people’s gifts were quite breath taking. Everyone has gifts – the community needs to benefit from them.